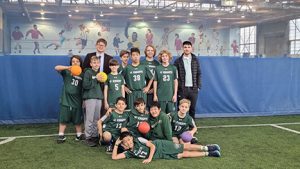 Northmount has had three sport teams practicing all Fall. The volleyball, football and dodgeball teams have been incredibly competitive so far. The students go to different practices every day in the morning and after school. The volleyball team is run by Dr. Sheridan, Mr. Kurek, and Mr. Kassouf, and is a sport that will carry on until the November Championship Tournament. The volleyball team has had 5 games. Northmount defeated Waldorf twice, as well as Hudson College.  Two games were against UTS. Both were extremely close, requiring 3 sets. While Northmount did not win those games, we look forward to a rematch soon. The team has improved so much since when it started in September, this is due to the great coaching. 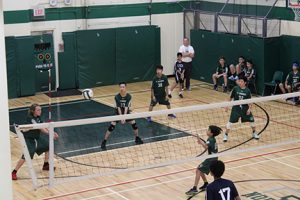 The dodgeball team performed very well too. Over forty people went to the many rounds of tryouts, but only twelve people made it into the team and another four people were backups. The dodgeball team captains were Alvaro S. and Mau S. The dodgeball team practiced in the morning every day from 8:00 to 8:30. Northmount has won multiple banners for dodgeball and went into the tournament hoping to “threepeat”. The team won the first three games and finished first in the round-robin, but then there were some unlucky throws, and we lost in the semifinals. Mr. Kurek and Mr. Savidge, the coaches, were very proud of the team’s hard work. 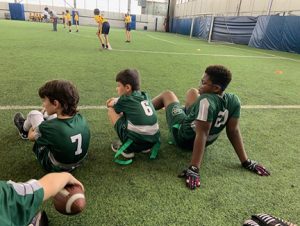 The football team had practices every Tuesday. There were 2 teams, the U12 and U14 teams. The U14 team was coached by Mr. Mascarenhas, and the U12 team was coached by Mr. Murphy. At the tournament, the U14 team started off undefeated until they went against Everest in the finals, which they lost. They finished in second place, and each player won a silver medal. The U12 team won two games and then lost another. The U12 team finished in 3rd place. Both teams worked very hard, and each player had a lot of fun. Now, though, the football season is over for Northmount.

Each of these three teams was very fun to be a part of and brought a lot of glory to Northmount. We are so proud of our athletes.