Trips are such an important part of our time at Northmount, especially in September, when each grade goes on a special trip to start off the year.

The Kindergarteners to Grade 2s went to a farm called Forsythe Family Farm. The trip included a nature hike, a tractor ride, a walk through a field of sunflowers, and they learned about the growth stages of pumpkins and even picked some. They also had fun feeding some of the animals they saw. 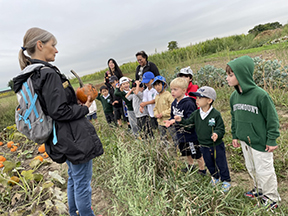 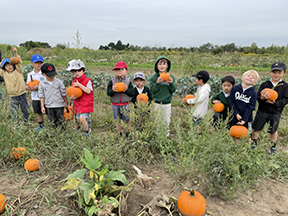 Grades 4-6 had a great start to the school year. Their trip was an overnight one, which was the first time some students had ever been away from home. They went to Pioneer Camp with Mr. Savidge, Mr. Moelker and Mr. Ko. They tried out many interesting activities, including axe throwing, archery, and rock climbing, and they enjoyed some time around the campfire where they shared songs and stories. They also enjoyed one of the games called “Flame Battlers” so much, they played it twice. 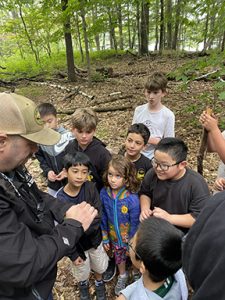 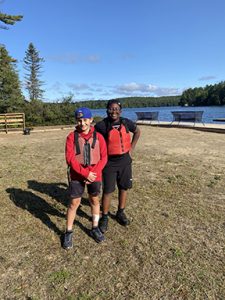 The Grade 7s went to Algonquin Park with Mr. Kassouf, Mr. Douglas and Mr. Weaver. They did a ton of challenging hikes, including Centennial Ridges, which is over 10 kilometres and very hilly. The Grade 7s did a great job finishing it in under four hours, which just might be a Northmount record. They also went to the Logging Museum to learn about the history of Algonquin Park and had lots of fun by the campfire, cooking their own meals and sharing stories. Like the Grade 8s, they also had to battle the rain and cold temperatures at night. 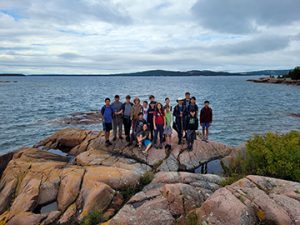 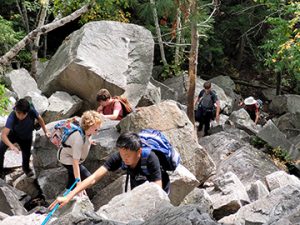 The class completed two hikes, both of which were about four hours. First, they did a hike on George Island, then the famous hike known as The Crack. Everyone can agree that The Crack was the best hike, consisting of magnificent terrain, that looked straight out of a The Lord of the Rings movie, and we got to do really awesome things like climbing. We all got to see the spot where Mr. Kurek proposed to his wife at the top of the trip. The moments around the fire and campsite were really fun and a great time to talk and share. 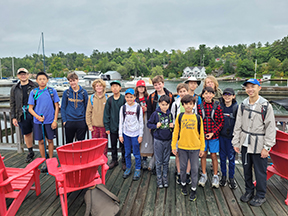 Every Grade at Northmount had a great time on their Fall trip, and it was a wonderful way to start the year.